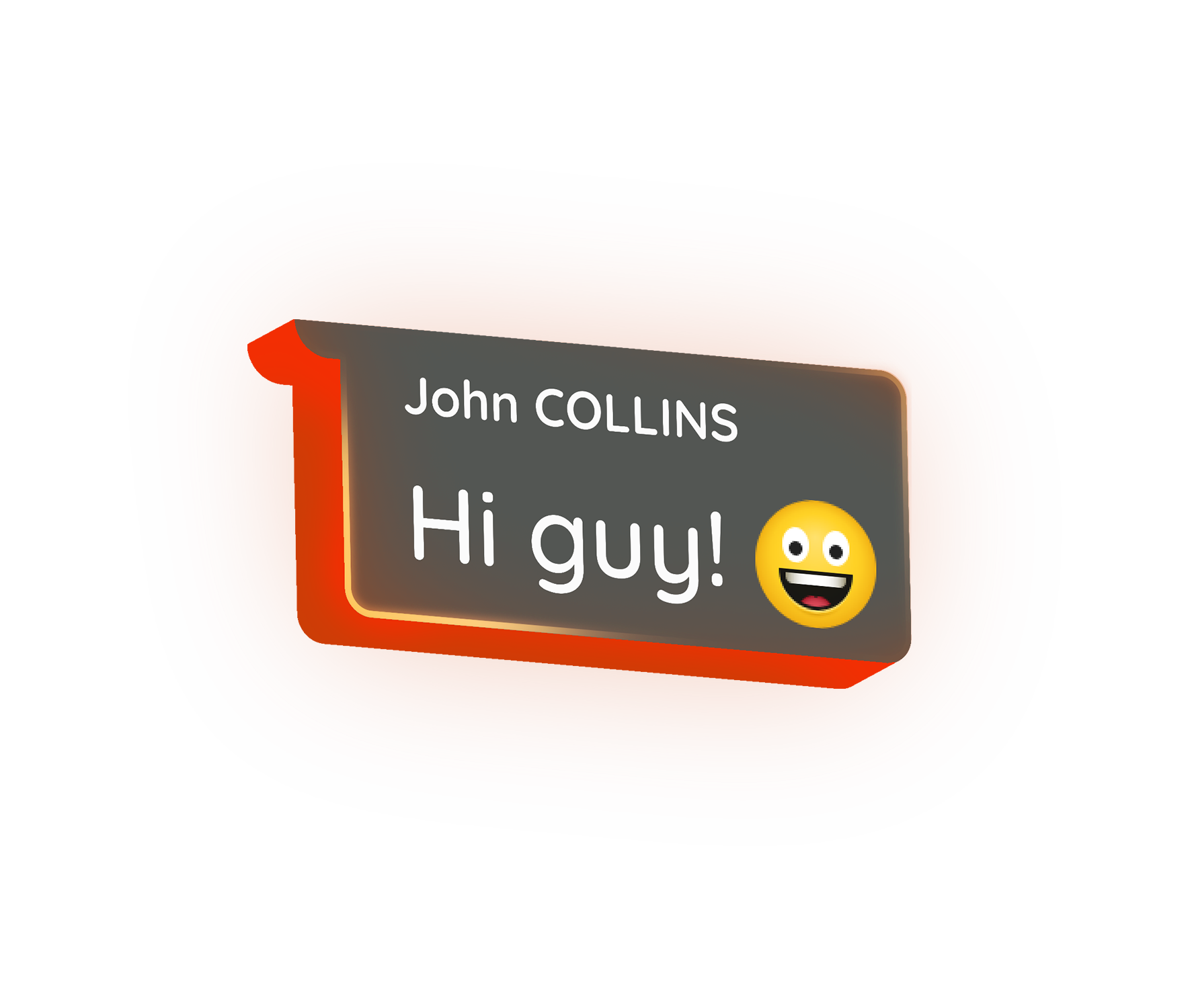 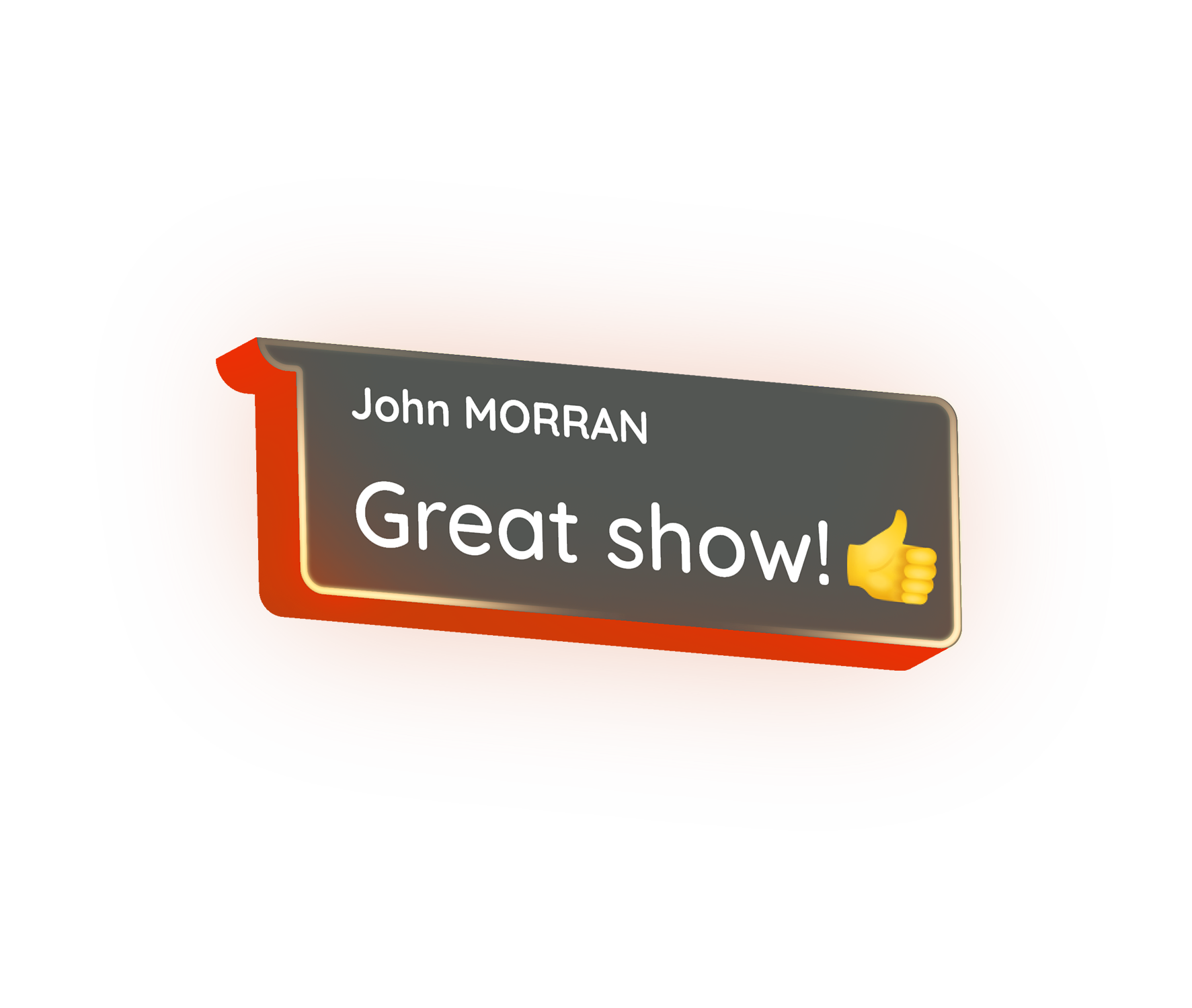 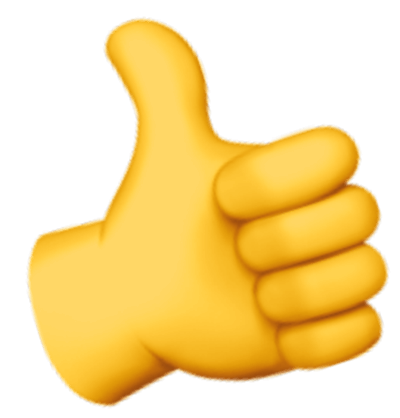 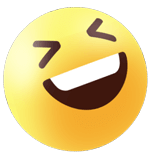 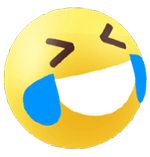 Engage with your audience in real-time!
Make your fans' comments appear live in your feed! 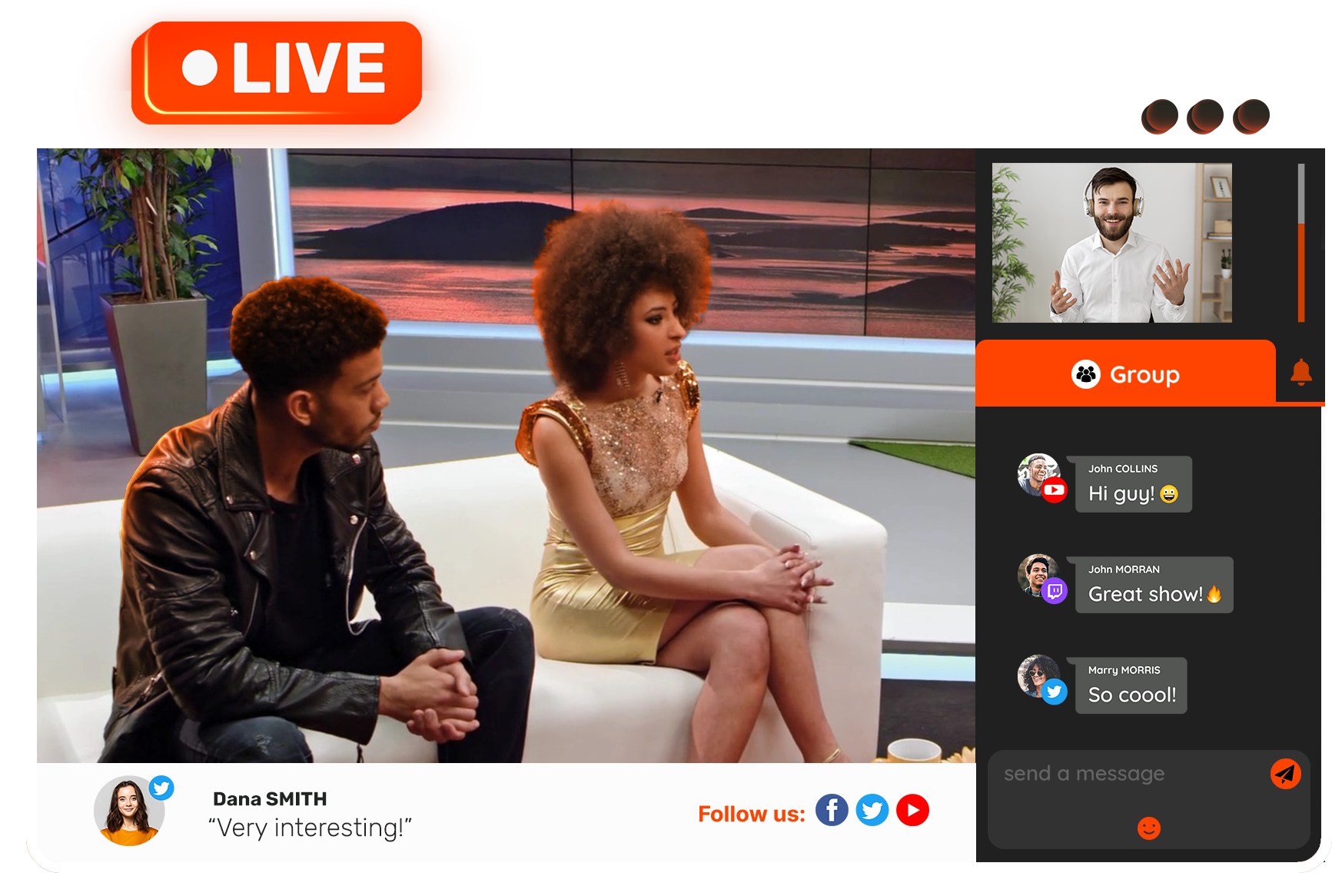 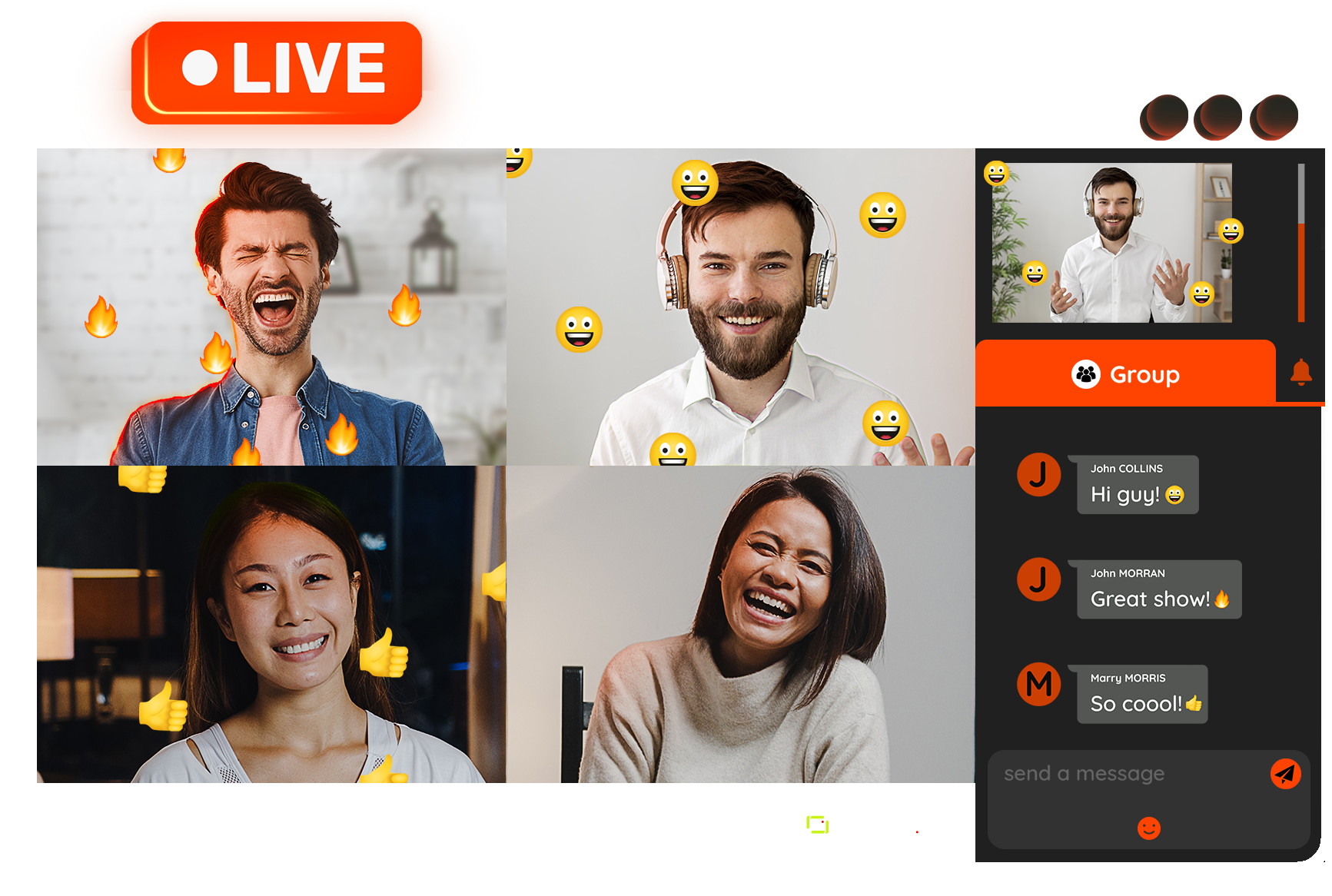 Give your fans the ability to
react live with emojis

Involve your fans with our 'live emojis' feature that allows people who are on screen to express their emotions with mood icons. 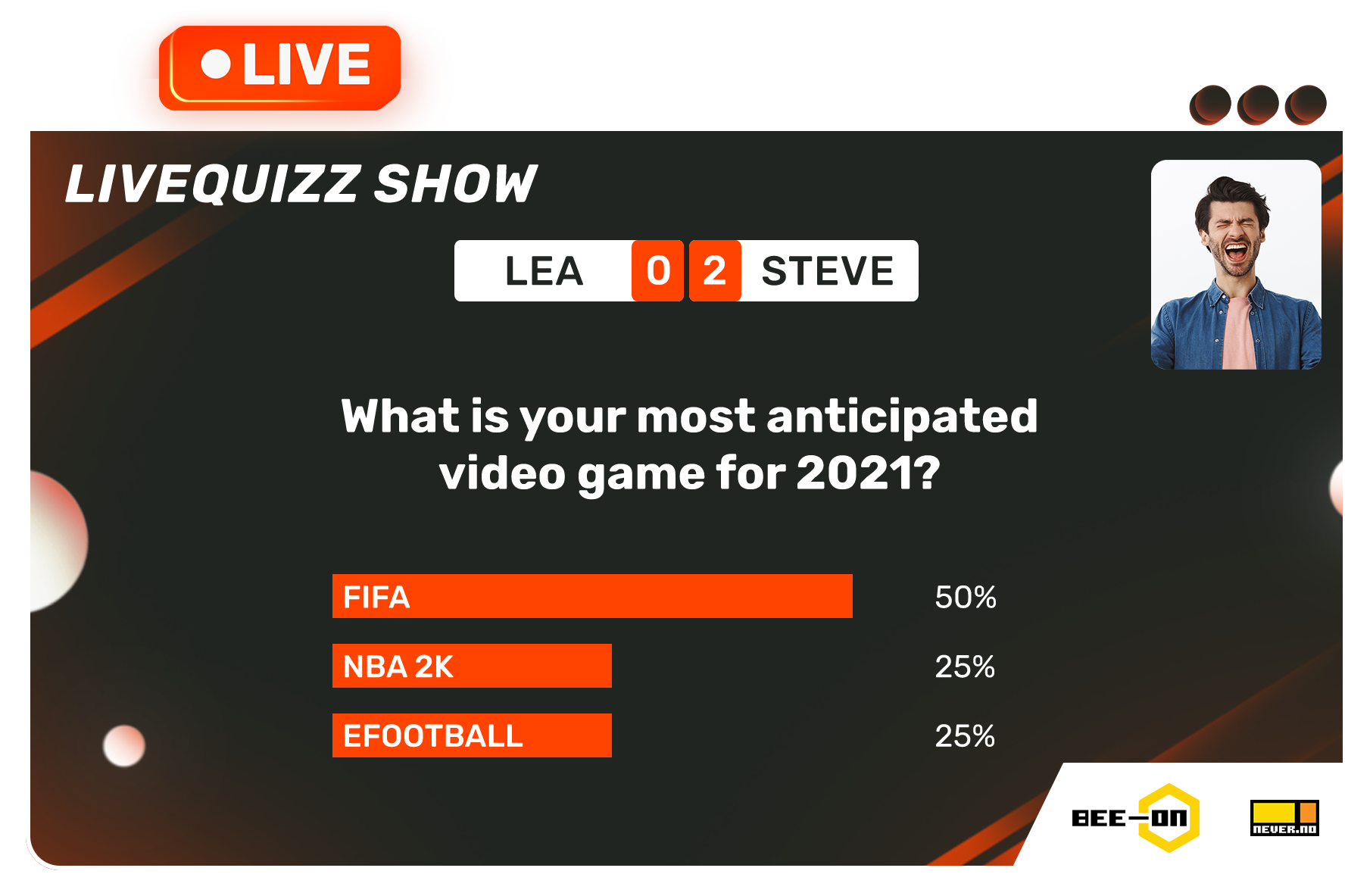 It's game time with our scoring & timers plug-ins! Keep track of your time & score during your best quizz session live with fans. You can also create specific live polls with our partners like Dizplai. 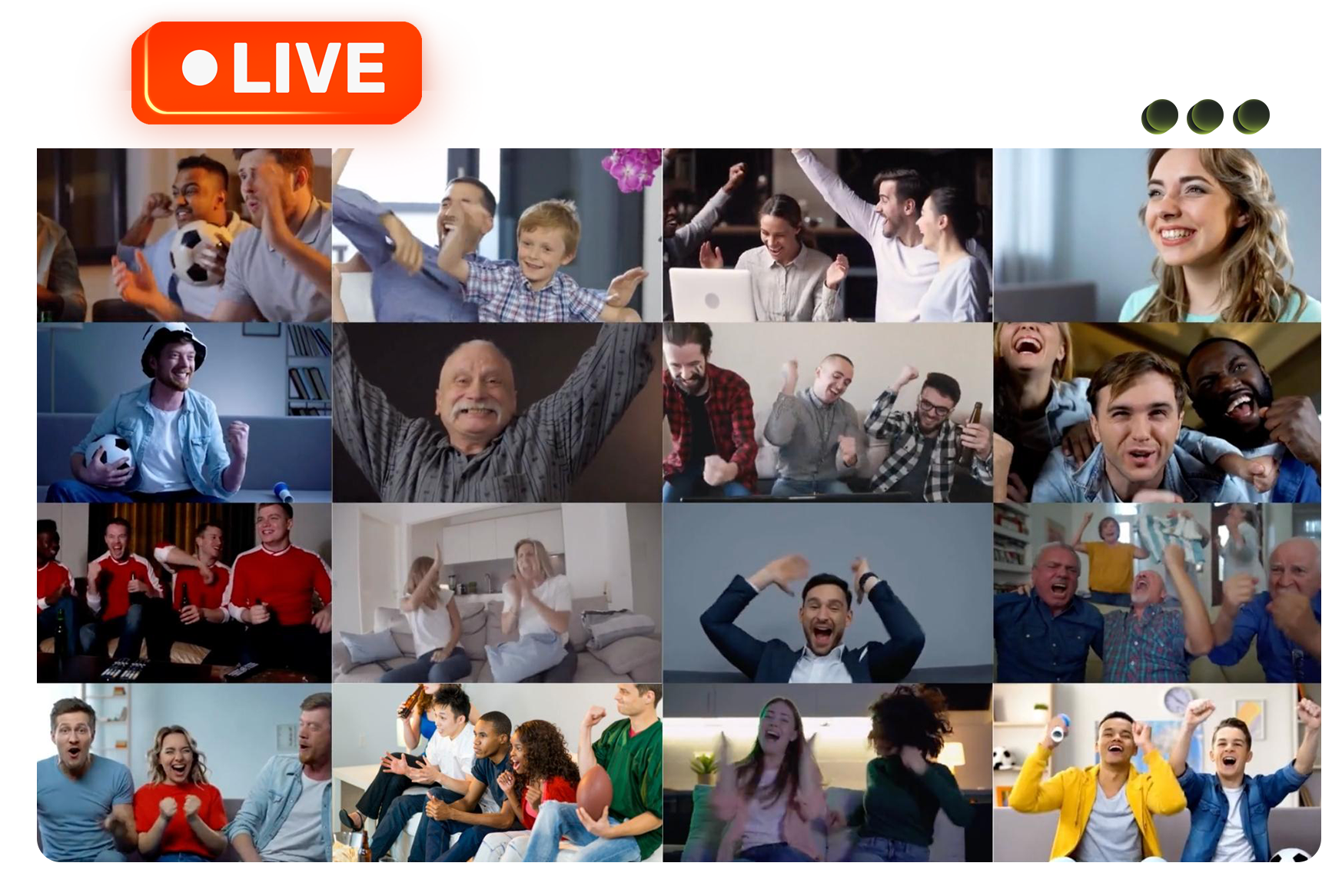 Capture the authentic buzz and emotions of an audience inside a venue and at home spontaneously on the screen. With the Fanwall technology, you'll bring fans closer to the game than ever before and give them a chance to appear on a live 'FanWall'. Streamed on giant screens inside stadiums during match days as well as on TV fans will be part of the show! But it's not only about sport -- it works for concerts & trade fairs too! Using our technology, producers can also create a real interaction between a fan and a player or host on a tv program by highlighting individual fans for one to one talk sessions.

Let's talk about your projects.