Club Brugge is the leading football Club in Belgium. As one of the oldest and most decorated football teams in Europe, in the past seven years, they won the national championship 4 times, and became runner-up 3 times. In that same period, each year, the club took part in the group stage of the UEFA Champions League. It is Club Brugge’s aim to be the best, most innovative, most durable football team in Belgium, and it’s their purpose to create added value to both fans, partners and other clubs!

As Club Brugge wants to give its followers an exclusive insight in the club, they use various types of content : Video’s, pictures, articles… and livestreams! The initial requirement was simple: they needed to have a workflow they could implement for any away game with the least amount possible of equipment.
"The communication strategy of a football club relies so hard on results that it is a basic requirement to go live whenever we want to, wherever we want to." Wout Casier​ Production Coordinator. 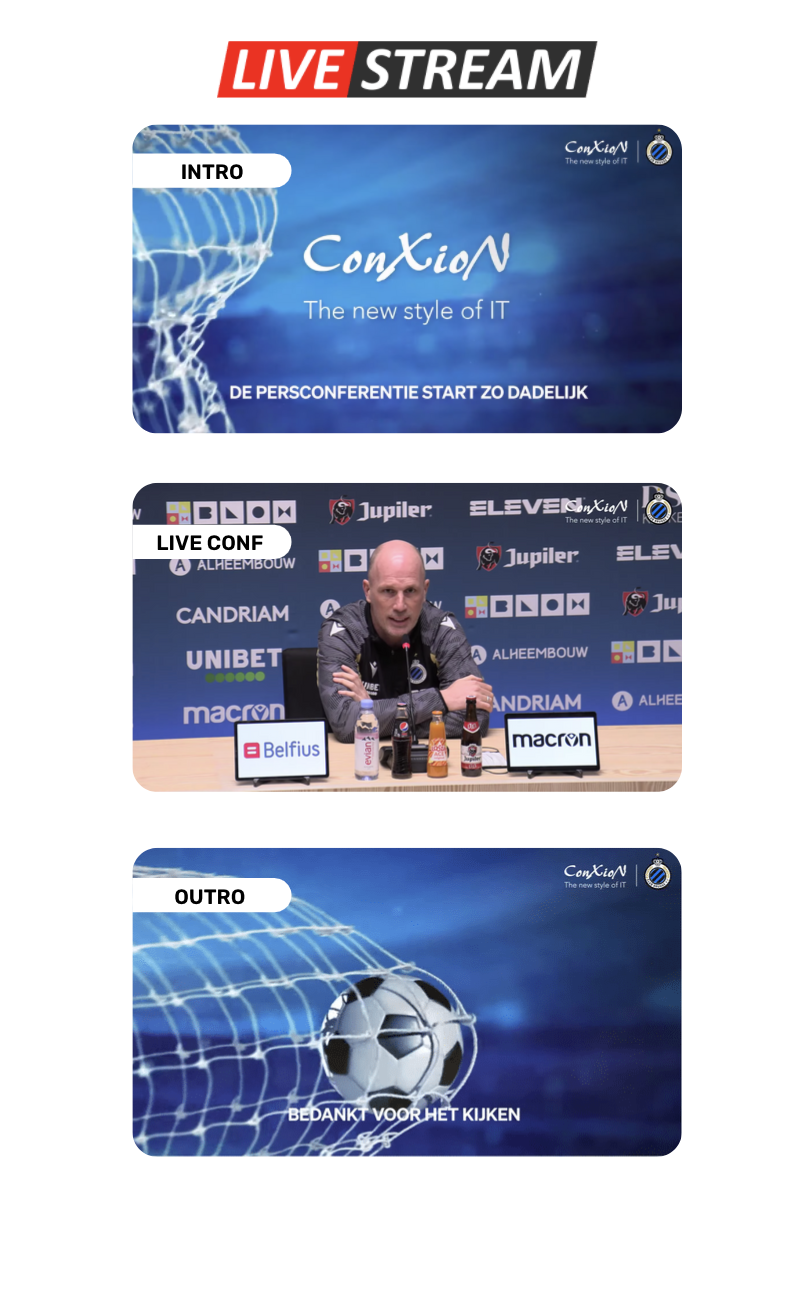 The club of Brugge is broadcasting its press conferences on Facebook and Youtube to inform its fans about the latest strategies of the coach for the upcoming games but also about the debrief of the previous games. For each conference they use an intro and outro video with a sponsor logo (monetization). They also dress up their live stream with their logo and the sponsor's logo in the top right corner for a 100% Club Brugge certified content.
"Instead of both of us going to an European away game, only my colleague goes with a camera to cover the press conference. His camera is attached to a LiveU device and I can pilot everything remotely from home. Perfect if you ask me!" said Wout Casier​ - Production Coordinator at Club Brugge.
Press conference example > HERE

Club Brugge also broadcasts a short live format called Club TV LIVE.
During this live stream, they do a recap of what happened for the club before or after key games.
They always customize their live content with their logo and intro + outro videos.
The Club TV live show example > HERE 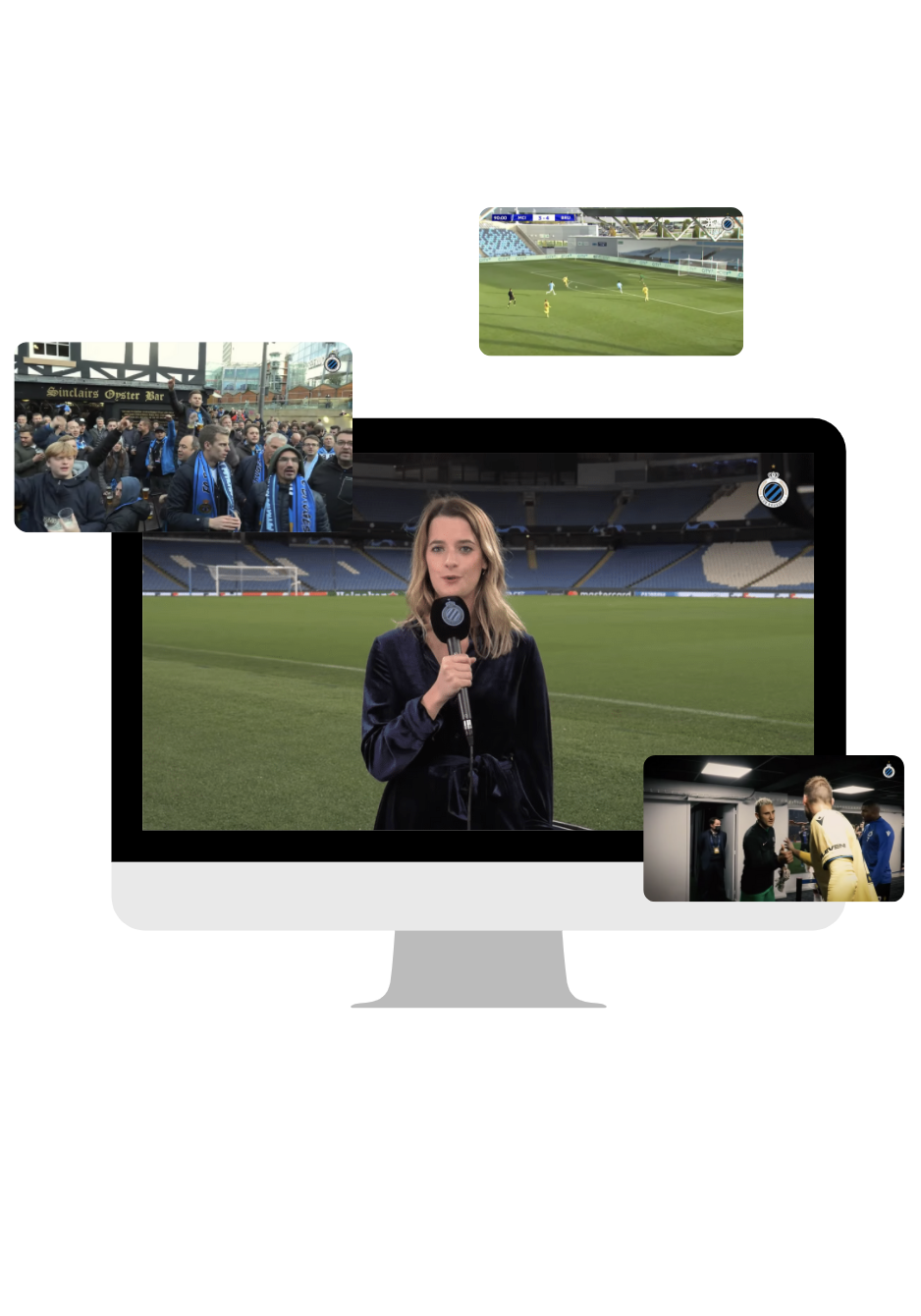 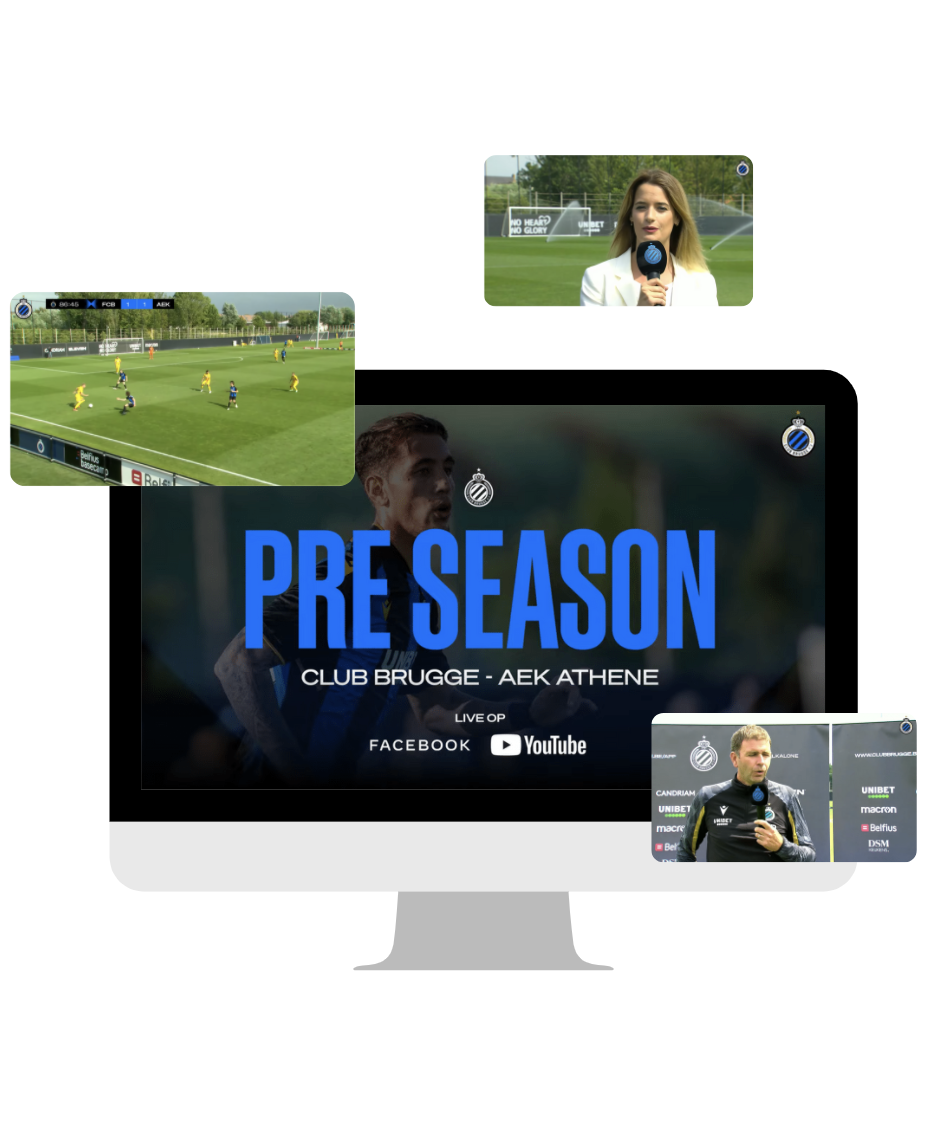 The Club Brugge broadcast live the pre-season matches on Youtube & Facebook retrieving the live feed from the pitch and adding their logo + scoring graphics.
The Pre-season live stream example > HERE 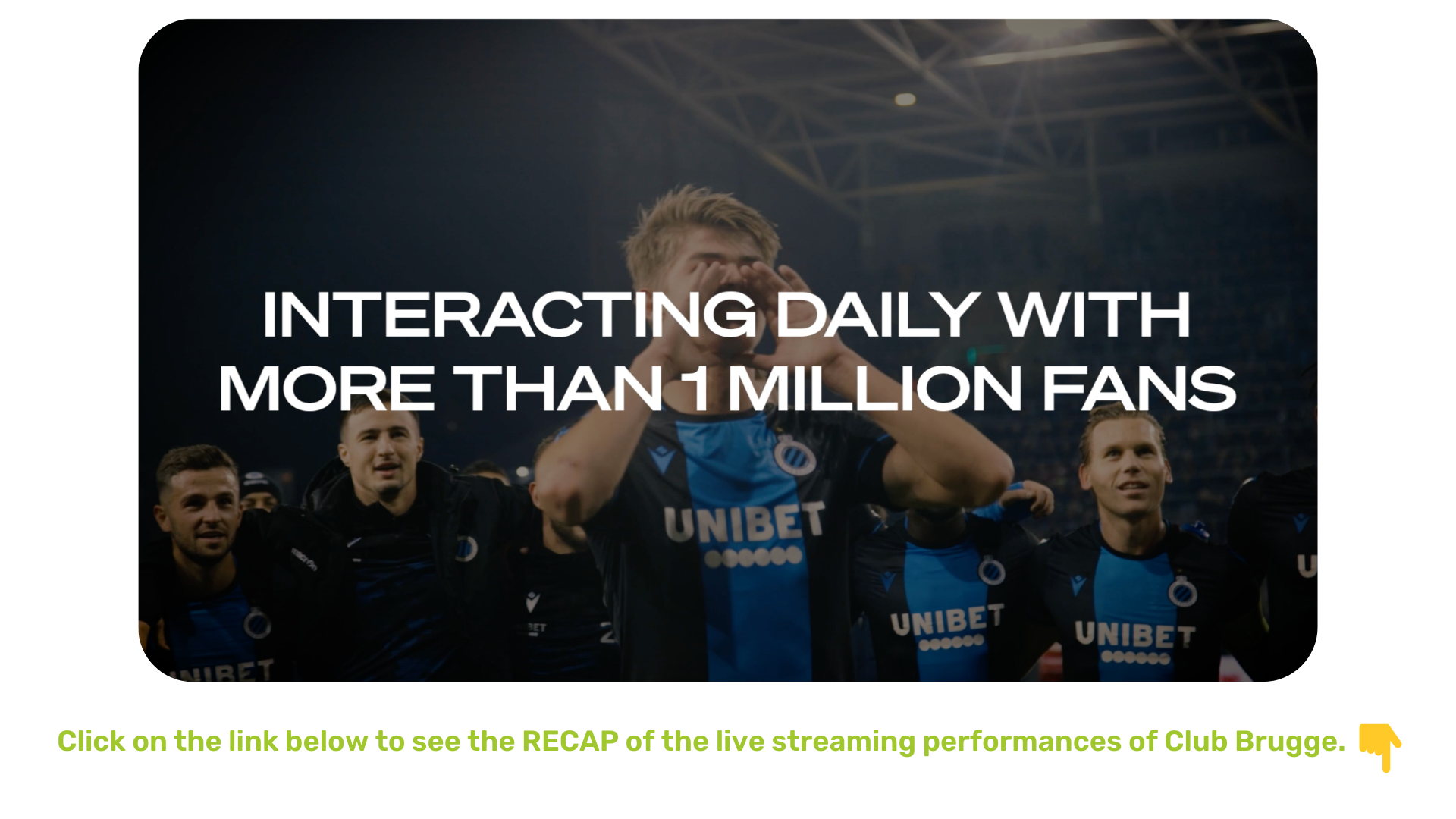 The easylive.io technology meets all the needs to do our standard livestreams productions, such as press conferences, team arrivals, et cetera. It’s remote ability allows our team to work in a very flexible way.
”