Associazione Sportiva Roma, more commonly known as AS Roma, is a professional football club based in Rome, Italy. Founded in 1927, the Giallorossi (''Yellow-Reds') are one of the biggest and most successful sides in Italy, having won three league titles, 9 Italian Cups and 2 Italian Supercups to date.

The AS Roma production team needed a fast and intuitive system that would allow them to be live on different platforms (social media, private player on their website...), with different formats while controlling everything in one dashboard. They looked for several solutions but easylive.io caught their attention thanks to its all-in-one approach and the scalability of its service.

The live stream is a key part of AS Roma's communication strategy. 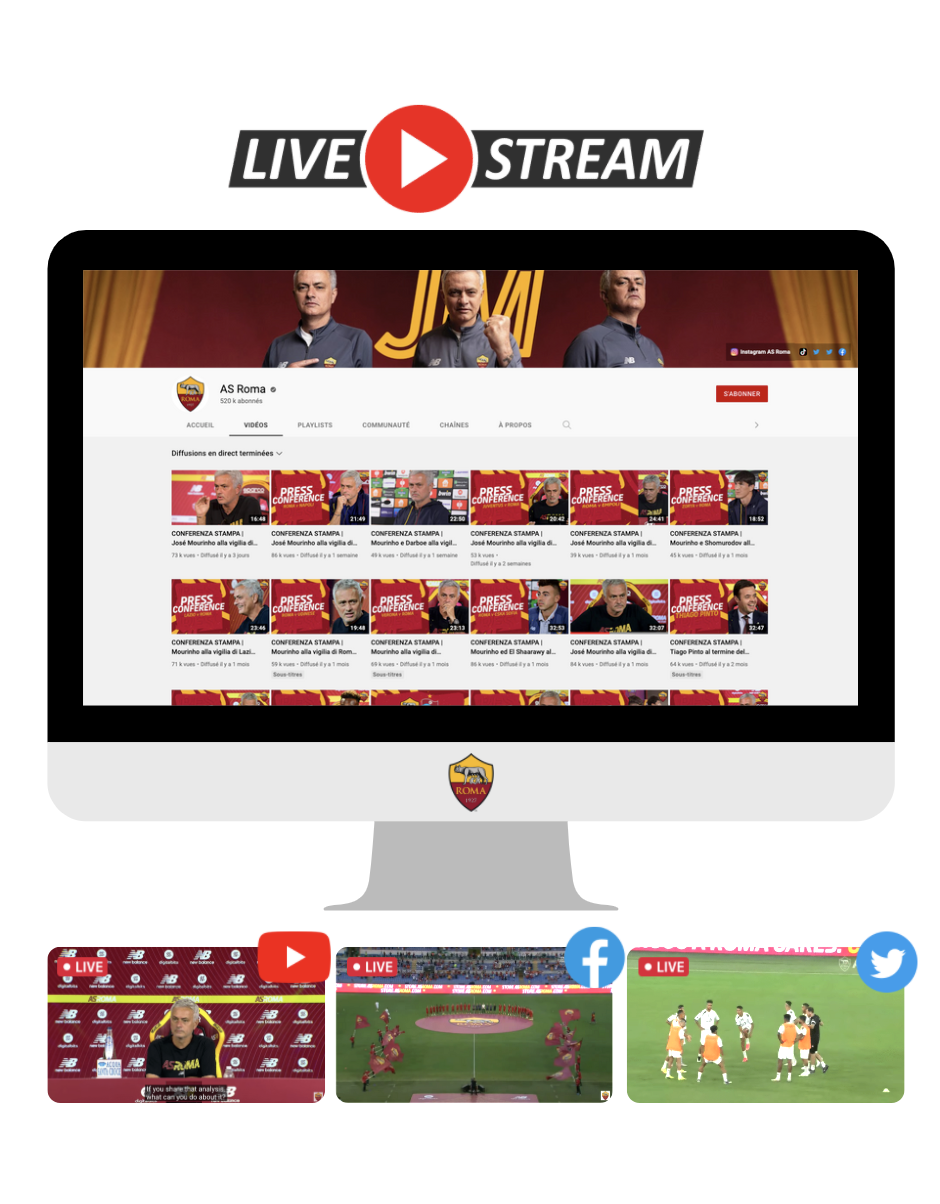 In the past few years, the international soccer club AS Roma has understood the importance of the live format and has put it at the heart of its communication strategy by broadcasting pre-recorded and live content.
In these two years, they broadcast weekly on social media the Pre-Game Press Conferences and all the games of the Women's team and the Primavera (U19).
During the pandemic, AS Roma also took advantage of our playlist feature (Automated linear content), allowing their thematic TV channel to continue broadcasts on social media that during the lockdown had become impossible through traditional media.

In addition to the recurring events, related to games and press conferences, AS Roma took advantage of the live streaming technology to broadcast many live interviews with first team players and events such as Daniele De Rossi's farewell ceremony after the last game played with Roma. 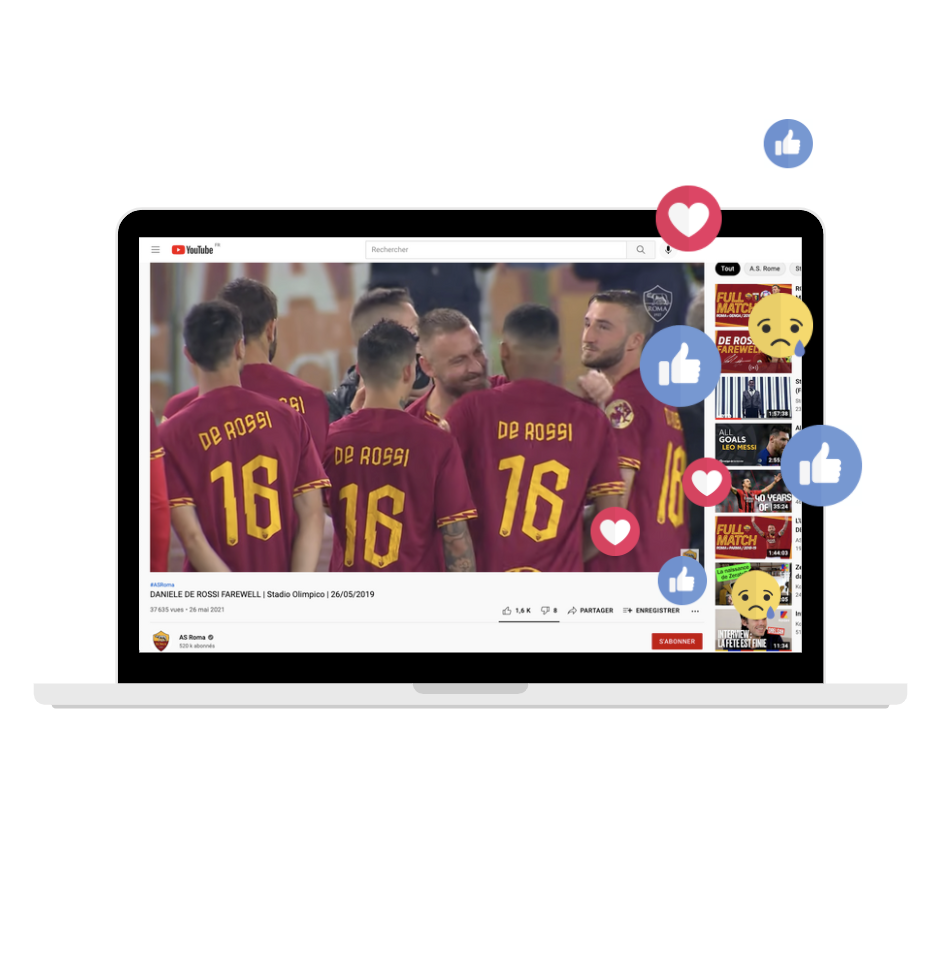 The development of Roma TV with exclusive live content. 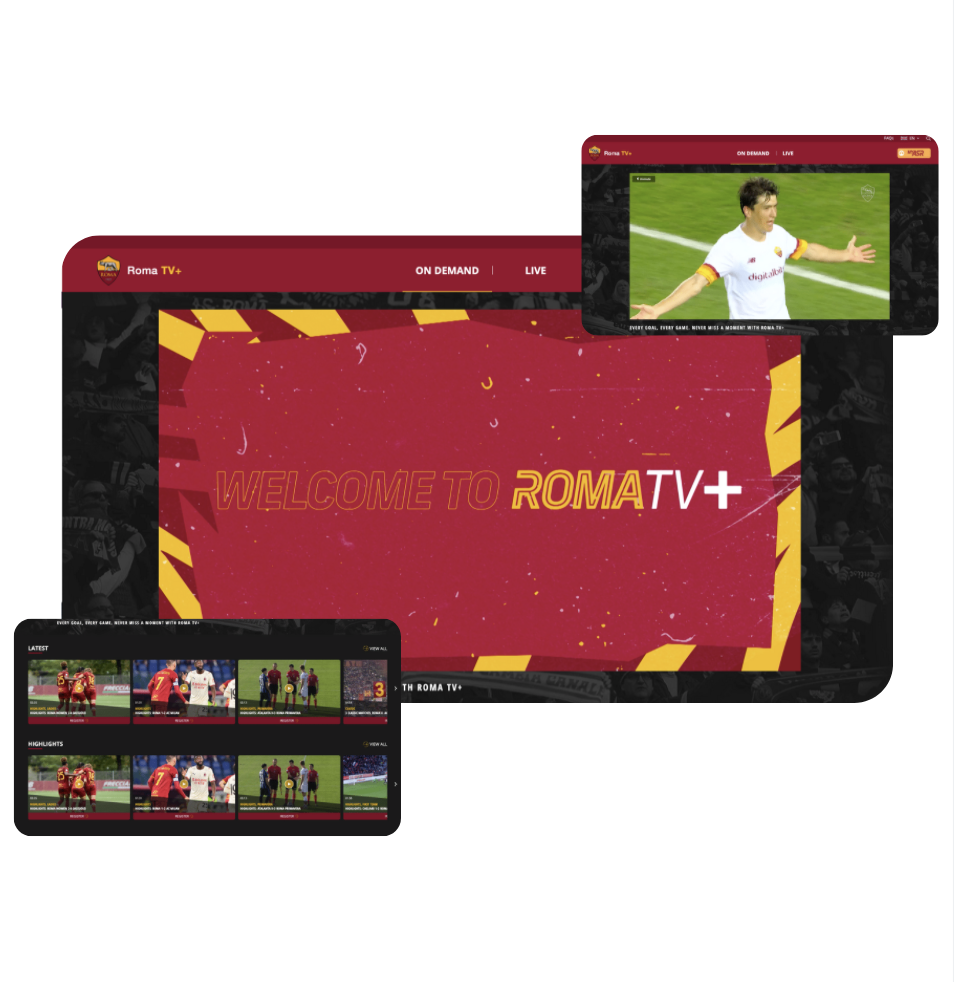 In the last season, AS Roma decided to stop broadcasting the Women's team and the Primavera on social media but instead broadcast on Roma TV+ their free subscription video platform. The goal was to further develop their private channel with exclusive and more engaging live content.

To engage their fans around the world, in addition to the broadcast of the shows/matches via RTMP stream, AS Roma also embarked on a new format.
To do this, they used an iphone as a video input or the webcams of a selection of fans from around the world. Gathered for games after the lockdown, they created a real "watch party" from which they then extracted video highlights. 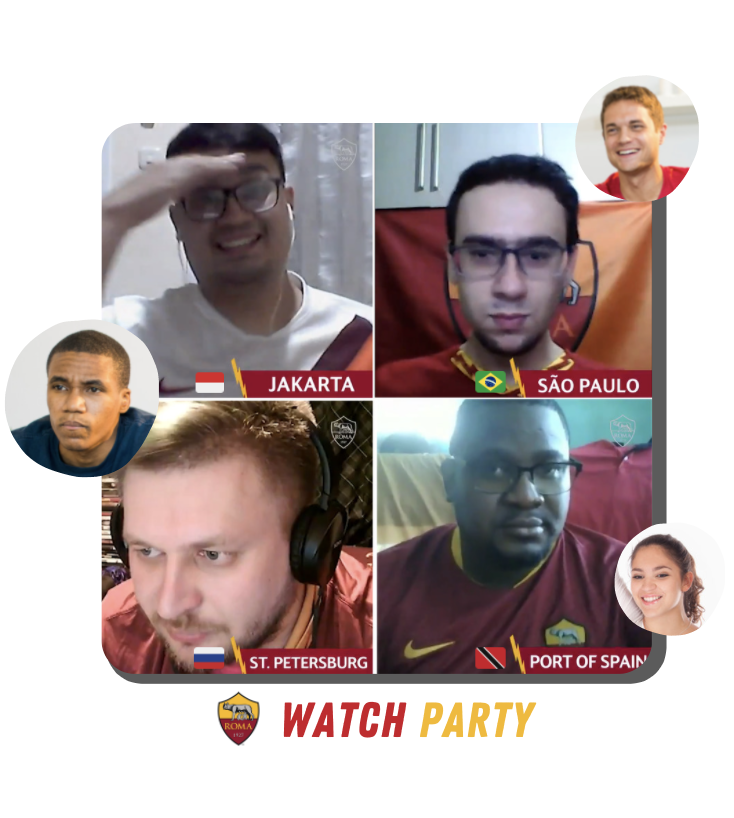 We opted for easylive.io because we needed a quick and intuitive system that would allow us to go live on different platforms by controlling everything in a single dashboard. What we like about easylive.io is the fact that the platform is a very intuitive one-stop-shop and perfect for training other colleagues to use it as well.