Everything you need to know about protocols 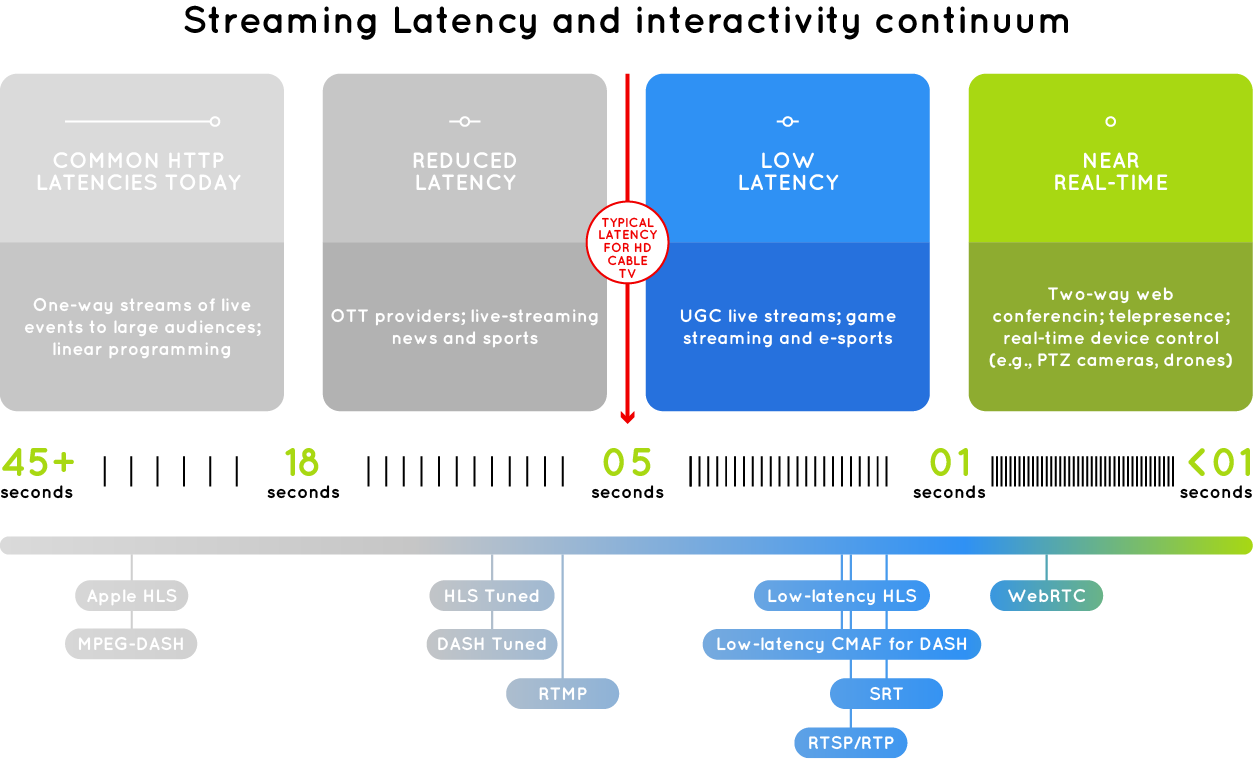 Developed by Macromedia and acquired by Adobe in 2005, RTMP still remains the most-used protocol. It maintains a persistent, stable connection and allows for low-latency communication. RTMP transfers stream data that is split into small packets between Flash Player and a server to ensure minimal interruptions and artifacts. Also, because of the legacy factor, RTMP is supported by most streaming platforms and software.

WebRTC is an open-source standard for real-time communications. WebRTC supports high-quality VP8 and VP9 (besides the old H.264), as well as the Opus audio codec.

One of the biggest advantages of WebRTC is that it transforms millions of browsers into streaming terminals without any additional plugins needing to be installed. Moreover, WebRTC supports sub-second latency, which means no more delays! Lastly, the protocol uses an adaptable bit rate technology, which allows it to automatically adjust video quality and prevent any drops and interruptions.

➖ Cons: Instability due to sub-second latency

SRT is an open-source video streaming protocol developed by Haivision and Wowza. It is widely considered to be a substitute for RTMP in the near future. Sharing the same advantages, SRT is taking the next step and making the dream of stable live streams with a sub-second latency a reality. It allows you to live stream your content over suboptimal networks.

The developers state that SRT protects your live videos from jitters, bandwidth fluctuation, and packet loss. Moreover, SRT is similar to FTL and WebRTC in terms of sub-second latency, which allows for nearly real-time communication. Additionally, it is also stated that the protocol is codec-agnostic, meaning it supports any modern video and audio codec. Unfortunately, considering it is still an emerging technology, SRT is not widely supported.

HLS is an adaptive bitrate protocol and also uses HTTP servers. This protocol is an evolving specification, as Apple adds features regularly.

Have more questions?
Click here to head to our Knowledge base search engine.