Who are ESL and DreamHack?

ESL Gaming is the world’s largest esports and gaming lifestyle company. Since 1994, the company has been shaping the industry and leading esports and gaming innovation on a global scale across the most popular video games with numerous online and offline esports competitions, and through premier gaming lifestyle festivals. The company operates high-profile, branded international leagues and tournaments under the ESL Pro Tour, including ESL One, Intel® Extreme Masters, DreamHack Masters, ESL Pro League, and other preeminent, stadium-size tournaments. ESL Gaming also produces and hosts DreamHack Open tournaments, ESL National Championships, grassroots amateur cups, matchmaking systems, and DreamHack’s gaming lifestyle festivals — which feature everything gaming under one roof. ESL Gaming is part of MTG, the leading international digital entertainment group. In 2018, at the DreamHack Summer in Jönköping, ESL and Com Hem (Triple Play services provider) set a record entered in the GUINNESS WORLD RECORDS. It was the fastest internet connection ever used simultaneously by a larger group of people in the world.

More information is available at about.eslgaming.com.

The goal was clear for the ESL and DreamHack teams who were looking for a cloud-based video mixer to handle their remote production. They wanted to centralize all operations in one tool and be able to manage all their workflow, including remote guests, overlays and multicasting, in a multi-user environment. Most importantly, they also wanted to secure their feed.
“With every source that is moved remote, there is also the addition of several potential failure points, meaning the chances of something going wrong become higher. The biggest challenge is centered around the balance of latency, quality and stability ”. 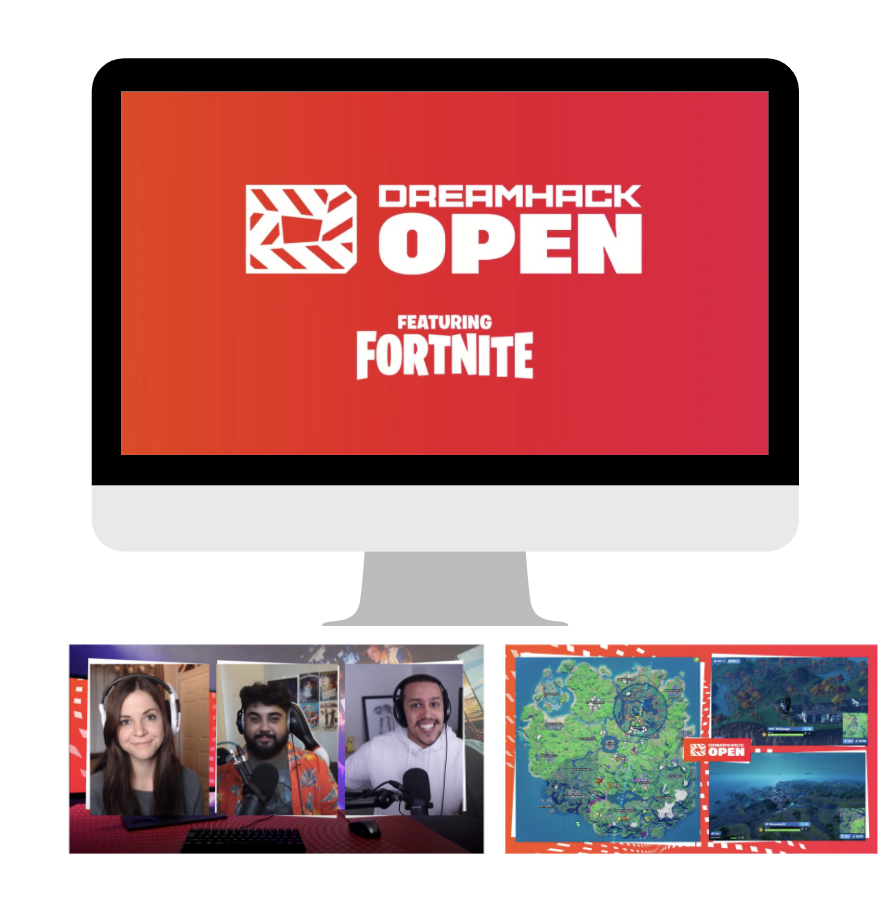 "Prior to 2020, about 10% of studio hours were remote productions, meaning players, talent and members of the production staff work from home or other remote locations. The global pandemic forced everything to be done remotely, online — including DreamHack Open, ESL One Cologne 2020, DreamLeague, IEM Katowice 2021 — but also added successful new initiatives such as the monthly, online tournament, DreamHack Open Featuring Fortnite. DreamHack, alone, broadcasted over 15 times more remote productions in 2020 than the year before."
As such, the focus for ESL and DreamHack was a setup where the interaction between talent, players and the production team would be as unaffected as possible.

- ESL and DreamHack used the easylive.io studio to produce a full live show remotely. Thanks to our cloud-based platform, they were able to retrieve several types of feeds in order to mix them and send them to several destinations at the same time.
- Our "Fallback" feature allowed them to ensure complete redundancy of the show in all circumstances. The advantage is that the stream is never cut off even if the connection is lost. This ensures a unique and smooth viewing experience.
- ESL and DreamHack also broadcasted a professional and High quality live stream (1080p 60fps) using easylive.io studio.
- The production management was done remotely with 1 Ingame Director in charge of mixing all the elements in the studio (flow, overlays, guests, audio, video...). It was also possible to ensure a multi-user function if necessary. 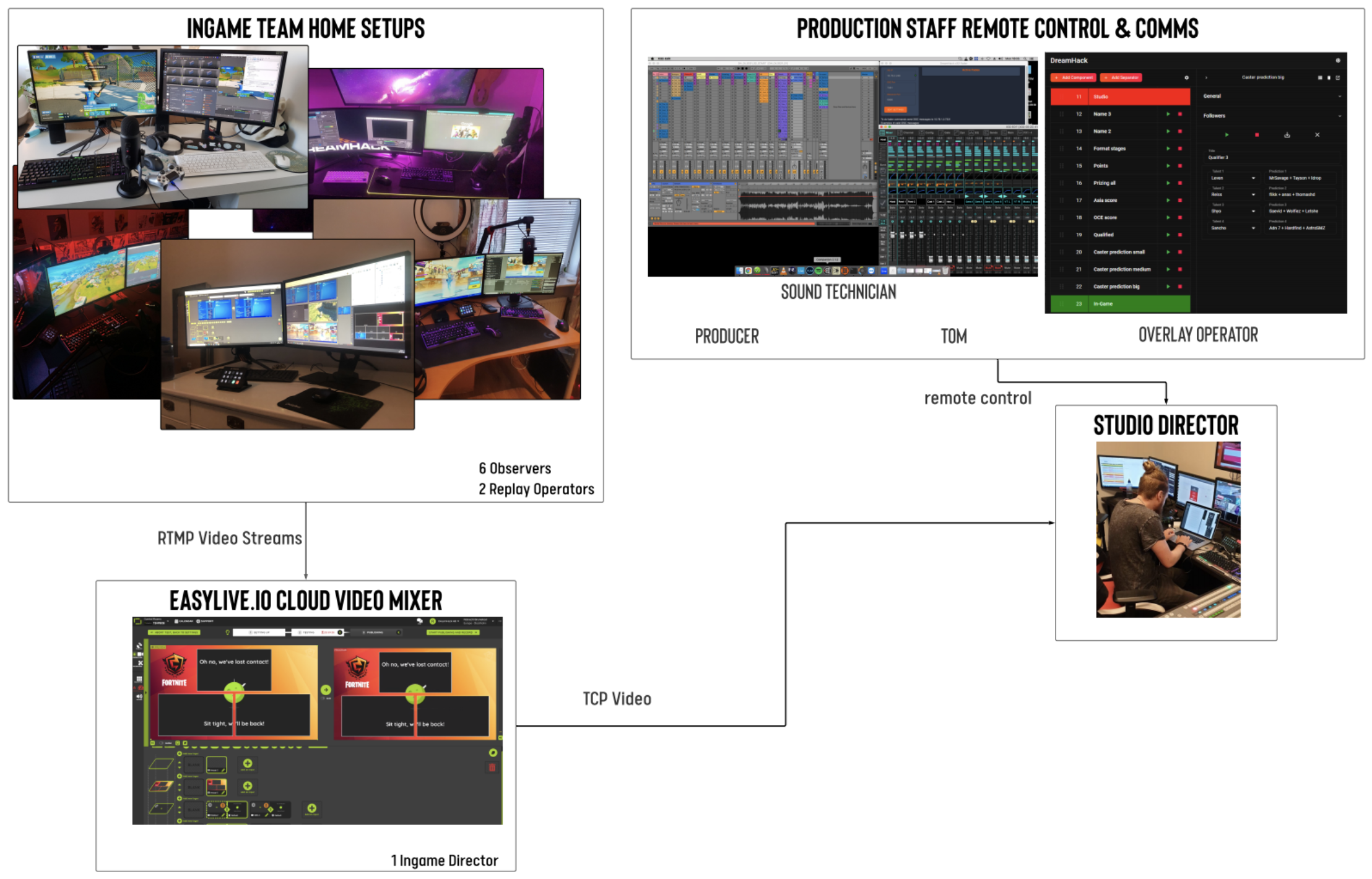 "In the end, the resulting broadcasts look nearly identical to the online viewer — a great feat given the sheer magnitude of this pandemic and its effect on live events globally. Overall, the workflows and experience is the same for both the teams and the broadcasters, and the fans are continuing to watch these competitions despite challenges put forth by Covid-19."
“

Easylive.io (studio) has been an instrumental tool in making it possible for us to create flexible esports production workflows where all staff is working from home, which is a huge benefit during a pandemic but can also be very advantageous outside of it. The easy to understand interface makes it a breeze to build fairly complex remote production setups but transfer your progress easily from one broadcast to the next, even when rotating production staff.